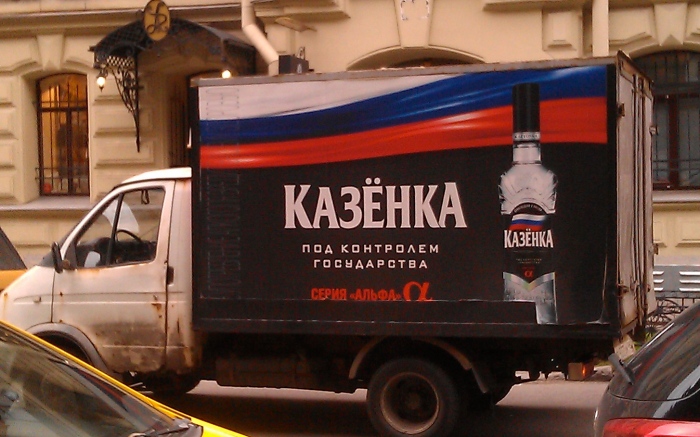 kazënka
1. fem., obs.
Grain vodka, whose sales were a state monopoly in Russia until 1917; government vodka.

In his interview with CBS, Putin was asked how long he intended to remain in power.

“How long depends on the circumstances. Of course, there are rules stipulated by the Constitution, and they definitely will not be violated on my part. But I am also not sure I should take full advantage of these constitutional rights. It will depend on the specific situation in the country and the world, and on my own mood.”

Do you also feel something is missing in this response? I recall there should be something about voters, the people, and that kind of thing. But no, the old man is as honest as ever: it all depends on his “mood.”

The main problem with Putin is that he has usurped power. And all because if once, “by virtue of the circumstances,” the Constitution was adapted to a particular person, the next time round that person will forget about the Constitution altogether, firmly convinced there is only one law—his mood, his arbitrary will.

Incidentally, Putin is well aware that his entire reign amounts to the destruction of order on behalf of tyranny. Otherwise, he would not have led off his reply with something no one had asked him about: the fact his third term is unconstitutional. You can conjure away reality as much as you like, but you cannot hide the truth from yourself.

Greg Yudin is a research fellow and lecturer at The Higher School of Economics in Moscow. Translated by the Russian Reader