Despite heavy rain and hail, several dozen Petersburgers came to the Netherlands Consulate General in the city yesterday, July 17, to lay flowers and paper planes in memory of the victims of Malaysia Airlines Flight 17, which crashed near Torez in Donetsk Region, Ukraine, on July 17, 2014, after being shot down, killing all 283 passengers and fifteen crew members on board. Two thirds of the passengers were Dutch nationals. The plane was en route from Amsterdam to Kuala Lumpur. 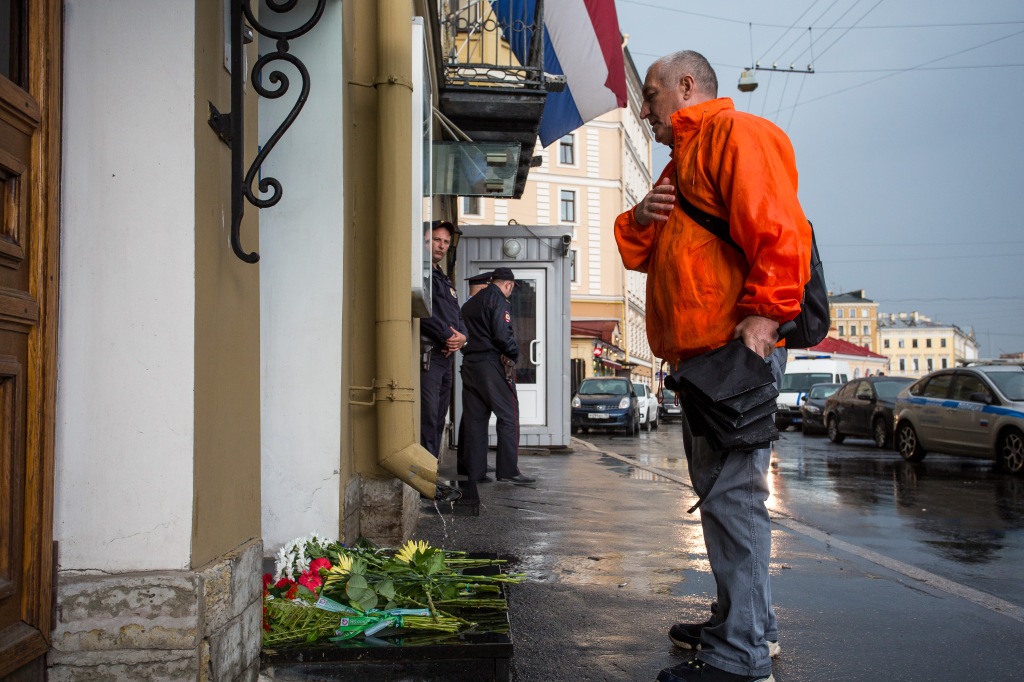 A similar memorial took place in Moscow, where Foreign Affairs Minister Sergey Lavrov was the only Russian official to bring flowers.

Despite the meager attendance in Petersburg, three regular police cars arrived to complement the usual consulate guards. Police tried to forbid the mourners from leaving the paper planes, printed with the names of the victims, dubbing them “garbage.”

The paper planes were part of an action, sponsored by Open Russia, entitled #PAPERBOEING. Eventually, the mourners got their way and were allowed to leave the planes.

Police also checked documents of an elderly man who came to the memorial wearing a handmade hat with the Dutch phrase “Vergeet ons, Nederland” (“Forgive us, Netherlands”) printed on it. They suspected him of attempting to hold a one-person picket. 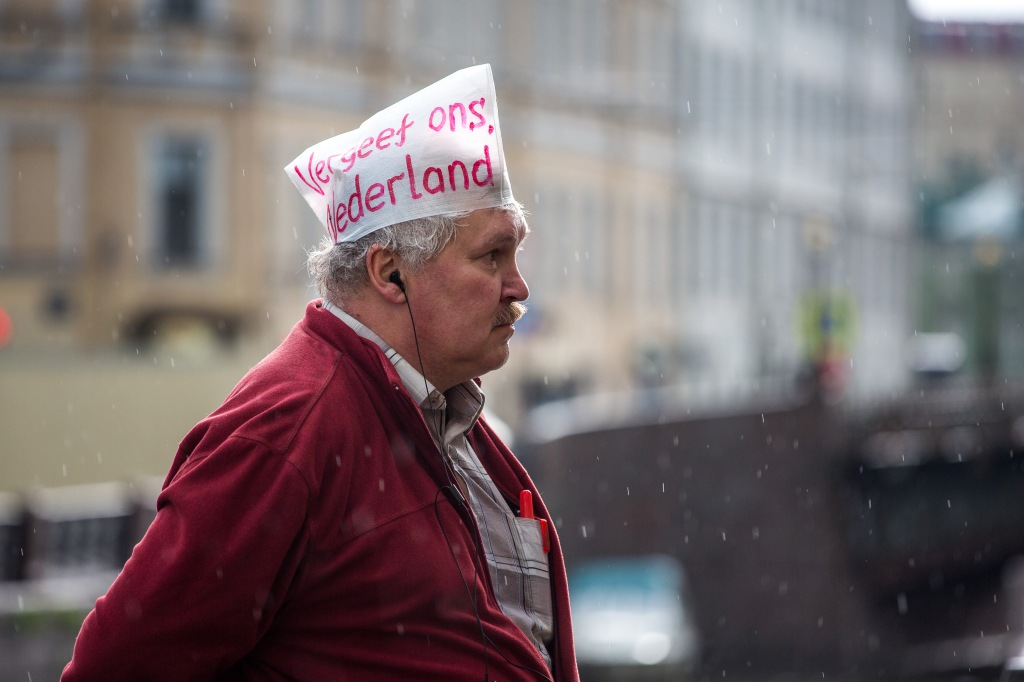