On June 7, doctors working in the ambulance service at Municipal Clinic No. 4 on Petersburg’s Vasilyevsky Island organized a series of solo pickets against “optimizations” at the city’s medical facilities.

The pickets took place on Sunday afternoon on the pedestrian boulevard between the island’s Sixth and Seventh Lines. They were organized by Action (Deistvie), a nationwide trade union of healthcare workers that has also recently organized a work-to-rule strike by doctors in Moscow.

Protester holds a placard that reads, “Twelve ambulance crews for 210,00 residents. How is that?”

After recent staff layoffs, the number of ambulance brigades has been drastically reduced, and long delays in responding to emergency calls have become routine. In May, half of all calls resulted in delays of up to forty minutes, while in April the waiting time was as long as six hours. According to standards for ambulance crews, issued by the Ministry of Health in 2013, an ambulance should arrive at its destination no later than twenty minutes after being dispatched. 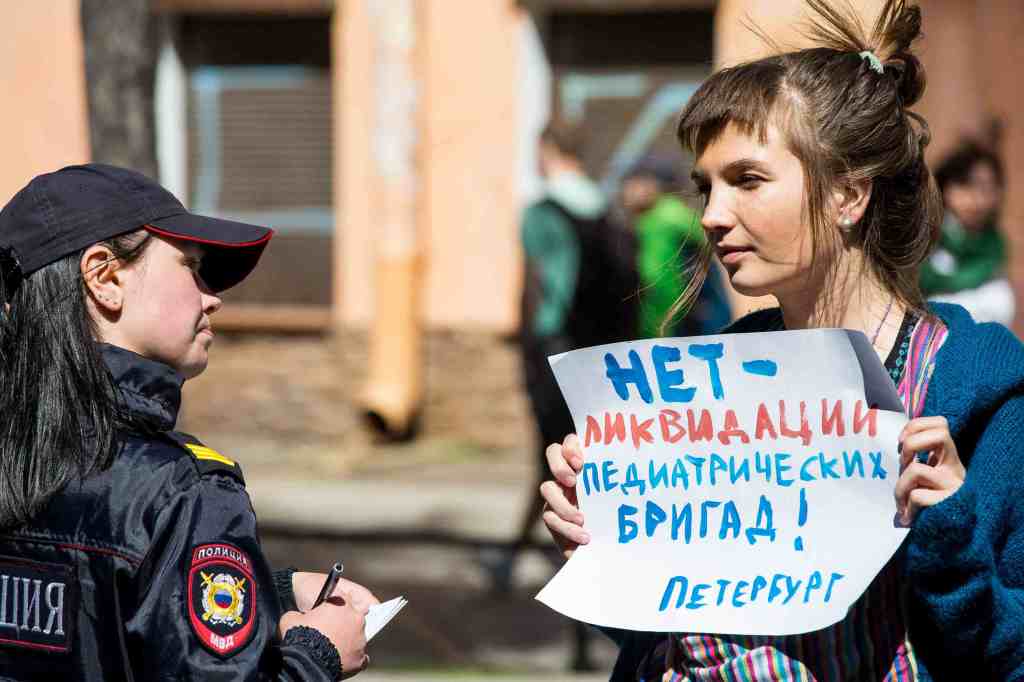 Protester holds placard that reads, “No to the elimination of pediatric ambulance crews.” A police officer copies the slogan down in a notebook.

Another problem the protesters highlighted were plans to abolish pediatric ambulance crews. From now on, the same ambulance teams will treat both children and adult emergency patients. The protesting medics also demanded that the intensive care ambulance team be reestablished. This is especially important for Vasilyevsky Island, which is cut off from the mainland when the bridges are raised at night. 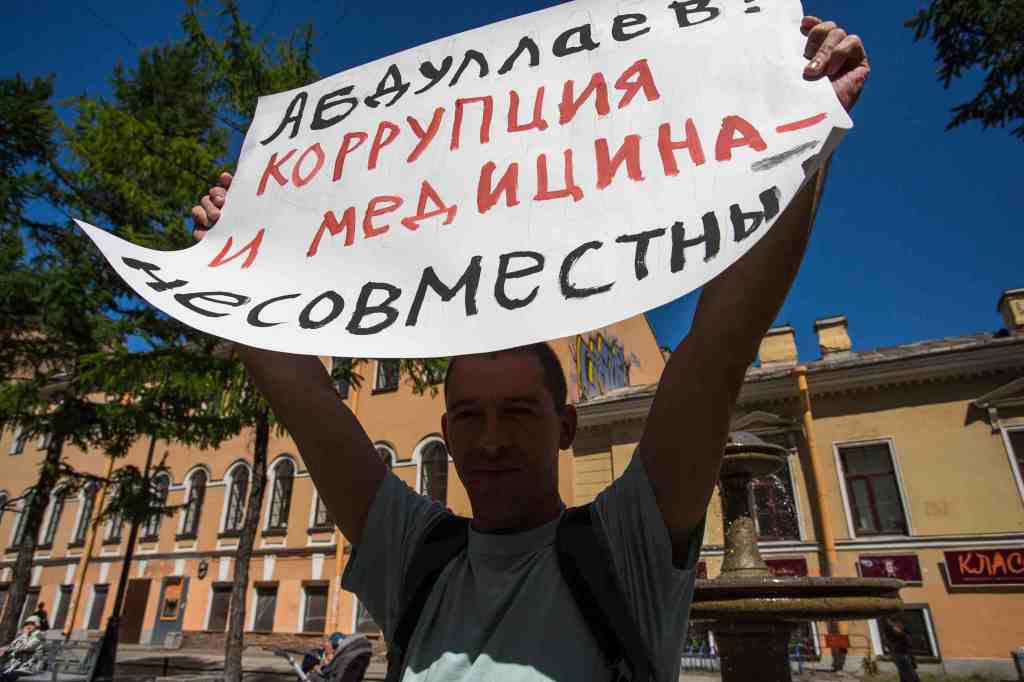 “Abdullayev: corruption and medicine are incompatible.”

Doctors are prepared to continue their protest campaign, expecting their demands to be heard and impact decisions made by the clinic’s management.

They had already organized protests against Municipal Clinic No. 4’s chief physician, Alisher Abdullayev. After clinic employees had their salary bonuses slashed, it transpired that Abdullayev had topped the list of Petersburg’s wealthiest chief physicians. In 2014, he declared an income of 21.86 million rubles (approximately 350,000 euros at current exchange rates), a two thousand square meter plot of land, a 109 square meter apartment, and a car.

Andrei Konoval, Action’s organizational secretary, argued that the pickets had been a success and called on the protesters not to give up. He cited counting delayed ambulance calls as a principal weapon in the campaign by medics to improve their working conditions, because such statistics impress health care officials the most. 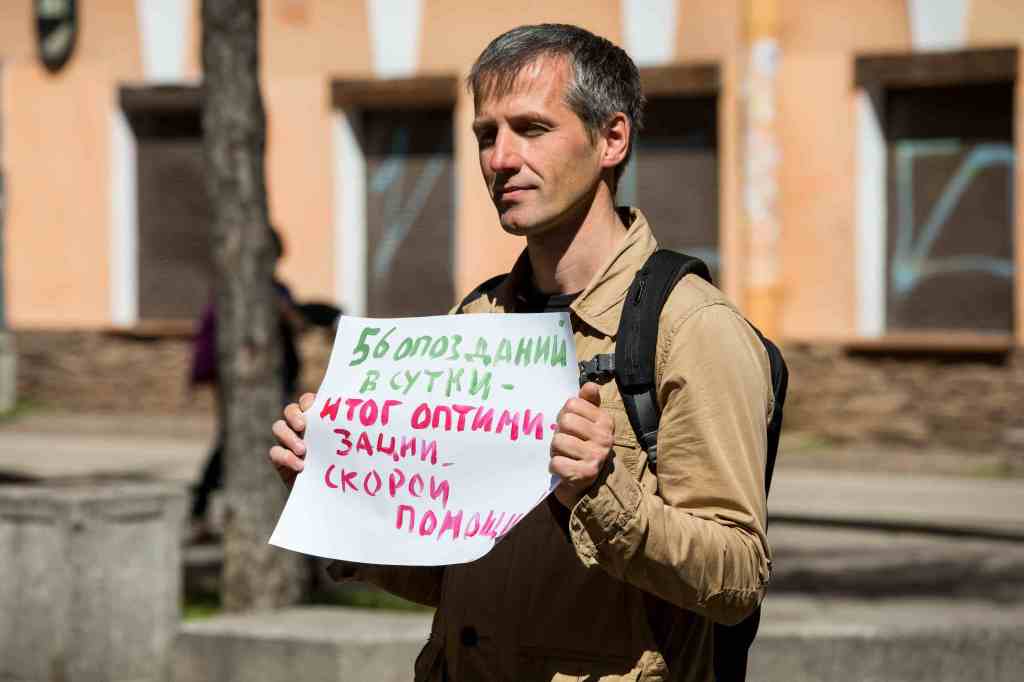 “56 late arrivals per day is the result of optimizing the ambulance service.”

Maxim Reznik, a liberal member of the Saint Petersburg Legislative Assembly, was also on hand to support the protesting doctors. He promised to help them in their campaign.