The unpleasant incident took place in Petersburg when Culture Minister Vladimir Medinsky was taking part in the Olympic torch relay.

As Fontanka.Ru’s correspondent reports, the Culture Ministry chief took the torch in front of the Yelstin Presidential Library and carried it to the intersection with the English Embankment. During his run, two members of the LGBT movement unfurled rainbow flags, the symbol of their movement. 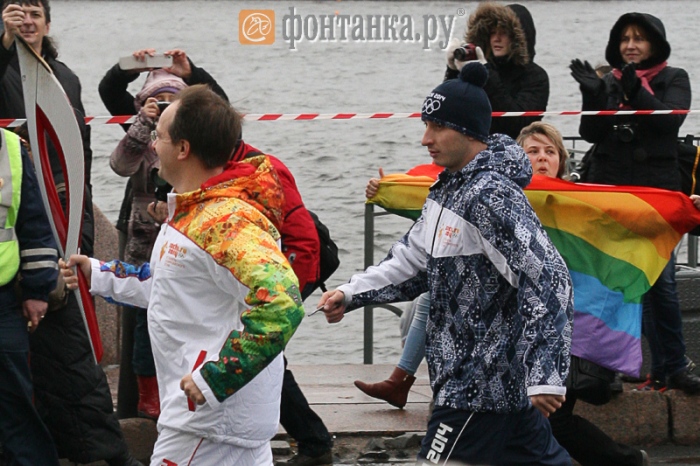 Police tried to stop the activists, but both young women managed to escape arrest and hang on to their flags.

As the LGBT activists themselves explained to Fontanka.Ru, the purpose of their action was to protest the Sochi Olympic Games [sic], to be held in 2014.

The Olympic torch rally in Petersburg started today at 11:00 a.m. The event will culminate after 7:00 p.m. with a big celebration on Palace Square.