An unexpurgated cri de coeur from the Russian internets:

Here’s a photo of the local hospital in Boyarkino village not far from Moscow. This is a typical picture, not some extreme one. There are thousands of hospitals, schools and public offices like this in Russia, not only in province, but in major cities as well. I would have made this picture the symbol of modern Russia, especially today, while the most expensive Olympics in the history of mankind are approaching in Sochi.

Dear friends, please, share this with your friends. Let it go over the whole network, so for the world’s most corrupt leader of the most criminal state, whose personal fortune is estimated at tens of billions of dollars, it would not be so comfortable to host this Olympics. Let it be uncomfortable for him to stand on the podium in February, because any self-respecting politician or celebrity would be ashamed to stay next to him.

Meanwhile, back in the fascist fairyland, the locals were getting worked up about the upcoming corporate slugfest down south. 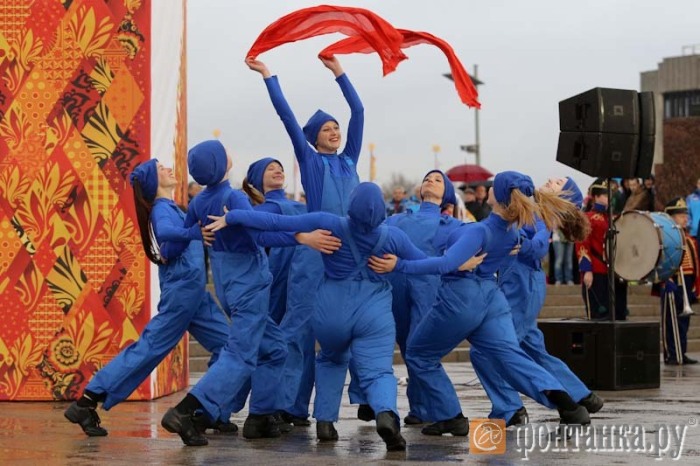 MOSCOW, October 11 – Reverting to Winter Time especially for the Sochi 2014 Winter Olympics would cost the Russian budget in excess of $300 million, the head of the organizing committee said Friday.

Russia used to set its clocks back by an hour in the winter, as is done in the rest of Europe, but canceled the practice in 2011 under former President Dmitry Medvedev.

The International Olympic Committee was among those who called for a return to Winter Time to bring Russia’s broadcast schedules closer to the West for February’s Winter Games.

President Vladimir Putin ruled that out earlier this year, and Sochi 2014 chief executive Dmitry Chernyshenko elaborated on the reasons why in an address to lawmakers in Moscow on Friday.

“We forecast, other than the reputational risk and discomfort to our athletes, logistical issues and financial risks,” were winter time to be reinstated, Chernyshenko said.

“The extra expenditure needed from the federal budget to compensate international broadcasters who might lose advertising contracts in the event of a time change will lead to penalties, and we will have to compensate for it. The sum of the risks could exceed $300 million,” he said.

Reverting to winter time, he said, would lead to “fatal changes in the timetables” of Sochi’s logistics, including transport and cargo schedules.

“I changed the clocks to winter time.”

“It’s nice to know that at three in the morning.”

Because of Russia’s inexplicable rejection of winter time, there is a two-hour difference between Estonia and Finland and the neighboring Russian regions of Pskov, Novgorod, Murmansk, Karelia, Leningrad Region and St. Petersburg during half the year.

On Friday evening, at half past five, I went from the offices of Civic Assistance, on Olimpiisky Prospekt, to a board meeting at the Memorial Human Rights Center. I was not feeling well for some reason, and two of our charges escorted me to the Dostoevskaya metro station.

Five minutes later, I exited the metro at Tsvetnoi Bulvar station and immediately heard my mobile ring. It was my escorts calling.

“We’ve been detained by the police. They’ve nabbed us and are taking us to Meshchanskoye police precinct.”

“Did they check your papers?”

“They didn’t check anything. They said they’d sort things out at the precinct.”

“Nothing happened. They just bundled us into a car, and that was that.”

“Put one of the police officers in the car on the phone.”

There was a pause.

“Show them your papers!”

“They refuse to look at them.”

Both my escorts are Uzbek nationals, and their papers are in order. One has a certificate stating that his application for refugee status is under review, while the other has a individual work permit. Both are registered with the migration service.

Then I called Alexander Kulikovsky, a member of the Moscow police’s public advisory council. He went to Meshchanskoe precinct. There were about a hundred people there who had been detained the same way as our guys: the police had simply grabbed them on the street, picking out only passersby of non-Slavic appearance.

Around half past eight, the precinct was called and the names of my escorts were mentioned. The guys heard this, raised a ruckus and demanded to be released immediately. The officers at the precinct did not particularly mind letting them go, but as they did, they said, “You had no business going to the mosque.”

It was only then we realized what had happened. There is a mosque not far from Dostoevskaya metro station: all its alleged visitors had been caught up in the dragnet.

Alexander Kulikovsky called me at half past eleven at night: there were still around fifty detainees at Meshchanskoe precinct.

Apparently, this is how Moscow police chief Anatoly Yakunin is fulfilling his promise “not to leave a single place in the city where illegal immigrants could take shelter, monitor the criminally inclined and drug addicted, and step up efforts in the fight against gambling and illicit smoking blends.”

So this is the so-called fight against illegal immigration and crime in Moscow we are now going to be witnessing every Friday?