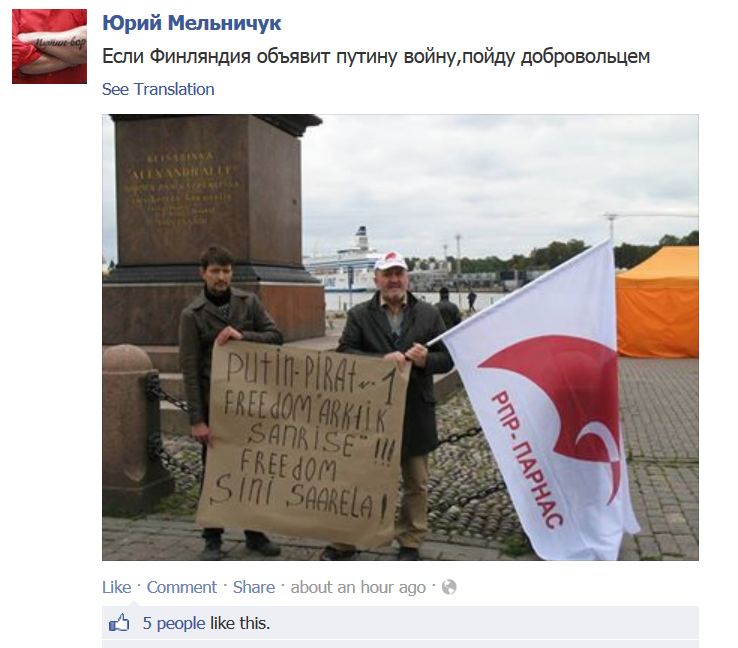 The presidents of Finland and Russia, Sauli Niinistö and Vladimir Putin, met at the residence of the Finnish leader in Turku, RIA Novosti reports. “Very beautiful and pleasant weather. That is a good signal for Moscow,” Niinistö said in Russian when greeting Putin.

“We recently recalled out previous meeting and it became clear that certain results and progress is apparent in the achievement of what we agreed upon then,” the Finnish president continued. Vladimir Putin in turn admitted that since childhood he has known a handful of Finnish words, albeit not enough for conversation. He also pointed out the St. Petersburg and Turku have been closely connected for many years.

Vladimir Putin participated in events honoring the 60th anniversary of the sister city relationship between St Petersburg and Turku, the Kremlin press service reports. In addition, a ceremony was held at one of Turku’s central squares, where a plate with. Mr Putin’s name was laid in recognition of his efforts to protect the Baltic Sea environment.

The President of Russia was also presented with a Turku city medal. The medal is given to political and public figures for their services to the city, as well as the heads of foreign nations who make a major input into developing relations between their nation and Finland on arrival to Turku.

Thanks to Sergey for the whole thing (or most of it).